You would think that there would be fewer drunk drivers with more hired drivers available. However, this conventional wisdom has been proven wrong by a new study.

After Lyft and Uber left Austin, Texas earlier this summer following the passage of a ballot measure that regulated their drivers, many supporters of the services argued that without these services there would be more drunk drivers out on the road. This could increase the risk for drivers getting a DWI in Texas. After the exit of the ride-sharing services, in May 2016 Austin had 359 recorded arrests for DWI, which was an increase from 334 arrests for the same time period during the previous year. 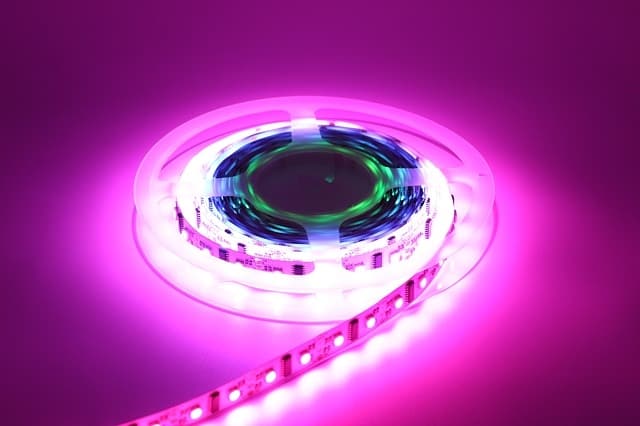 Austin is only one of a couple major metropolitan areas where Lyft and Uber opened for business only to shut their operations down in less than two years. With only small figures spanning a short time period, it is difficult to say whether or not arrests increasing by 7.5 percent really represents a statistical blip, increased police vigilance, an uptick in drunk driving, or something else altogether. However, given how popular these services are (Uber in particular), it shouldn’t be too difficult to show where ride-sharing services have resulted in a decrease in drunk-driving fatalities – if not in Austin, then somewhere else.

Uber, in fact, hasn’t had any kind of significant impact. The American Journal of Epidemiology released a new study that found Uber being deployed into the country’s 100 most-populated metropolitan areas did not have an association with traffic fatalities – not on holidays or weekends, not those that drunk driving caused, and not in the aggregate.

The study was conducted by David S. Kirk from the University of Oxford and Noli Brazil from the University of Southern California’s Spatial Sciences Institute. Traffic fatalities were assessed prior to and following the advent of Uber from 2005 to 2014 in 100 different metropolitan areas (by county). The researchers controlled for different factors that might affect risk, including bans on texting, changes in driver licensing and state laws decriminalizing or legalizing marijuana. Other factors that Brazil and Kirk accounted for included the tax rate on alcohol, The number of working taxi drivers in the metropolitan counties and monthly unemployment rates. When looking at the impact that Uber exclusively had on drunk-driving fatalities, the researchers found no impact.

The study stated that if potential drunk drivers were rational, then in theory reducing the difficulty of locating alternative transportation options and their costs, would reduce the amount of drunk-driving incidents and fatalities. This is what Uber and other transportation network services promise, especially when it comes to increasing transportation options.

Brazil and Kirk used three different models and found that traffic fatalities were not reduced by autonomous driving vehicles, or people deciding to utilize uber or lyft in any statistically significant way. This is in direct contrast to the convention wisdom that assumes that having more hired drivers should result in there being fewer drunk drivers. However, it does appear that the conventional wisdom is wrong. There are some theories from the researchers as to why this is the case.

Would-be Drunk Drivers Are Not Rational

The potential costs associated with driving drunk, for almost every driver, far outweighs how much an Uber fare costs. You could end up getting a DWI in Texas and end up jail for driving under the influence, accrue massive penalties, have to seek legal representation through a DWI law firm, wreck your car, or kill yourself or someone else. On the other hand, Uber isn’t so bad or expensive.

However, these potential costs are not necessarily weighed rationally by drunk drivers. As explained by the researchers, intoxicated drivers might be more likely to exclusively think about the odds. Drivers are ultimately not likely to get caught whenever they drink and drive – however they will definitely have to pay for a car tow, a parking ticket, an Uber fare or personal inconvenience when they make the decision not to drive. It is definitely a bad bet. However, that is the point: unfortunately drunk drivers tend to make very bad bets when they are intoxicated.

Uber May Be Big, But It Isn’t As Big As Drunk Driving Is

Across the U.S. the number of Uber drivers continues to increase astronomically. The number of Uber drivers out on the road every month has increased from January 2013 when there was a couple thousand drivers to April 2016’s 450,000 monthly drivers. If this service keeps expanding at such exponential rates, some day it may make some sort of dent into the amount of drunk driving-related fatalities and crashes.

However, for all of the press and hype over Lyft and Uber, these services drivers only represent a very small fraction of the total drivers out on the roads. In the U.S. there are a total of 210 million licensed drivers. Out of those, approximately 4.2 million adults drive while they are intoxicated on a monthly basis. Uber just not compare to these figures.

The argument coming out of Austin that once Lyft and Uber left town that incidents of drunk-driving would start to skyrocket, was partly concern-trolling and partly genuine concern. After all, no one who made that argument was saying they planned to drive drunk if they couldn’t take Lyft or Uber. The worry was framed instead as a problem that other people faced. If other individuals were not able to take Lyft or Uber, they would end up driving drunk.

The researchers of the study that that although Uber might be a substitute for public transportation and taxis, isn’t a substitute for drunk driving. Uber passengers might be former public transit and taxi users,which means that there would not be a substantial change in the number of at-risk drivers out on the road. This substitutability has been suggested by previous evidence.

Passengers in the most highly populated metropolitan areas have other options besides Uber. Many prospective Uber passengers probably didn’t drive even before Uber became available. Instead they took rail, bikes, buses or taxes (and some still do). In the major metropolitan areas, Uber acts more as an expensive type of public transportation instead of a driving alternative. People who earn low incomes or live near public transit might not consider Uber as an option for them. Drivers who depend on their vehicles instead of using public transportation might not either.

The researchers concede that where Uber’s potential impact on drunk-driving fatalities needs to be studied further is in smaller towns. They state that Uber might have a greater association with the amount of traffic fatalities that occur in smaller area, since transportation options are more limited in these places. They add that investigators in future research should investigate whether the association between the presence of Uber and traffic fatalities depends on what alternative transportation options are becoming available.