This guide is intended to give you straightforward, step-by-step advice for dealing with a police stop that might develop toward a charge of DWI (Driving While Impaired) or DUI (Driving Under the Influence). Remember that the wisest course is always to exercise common sense and refrain from the sort of risky behavior that might make a DUI or a DWI a possibility. If you do find yourself at risk, though, certain choices and actions can protect you from adverse consequences. 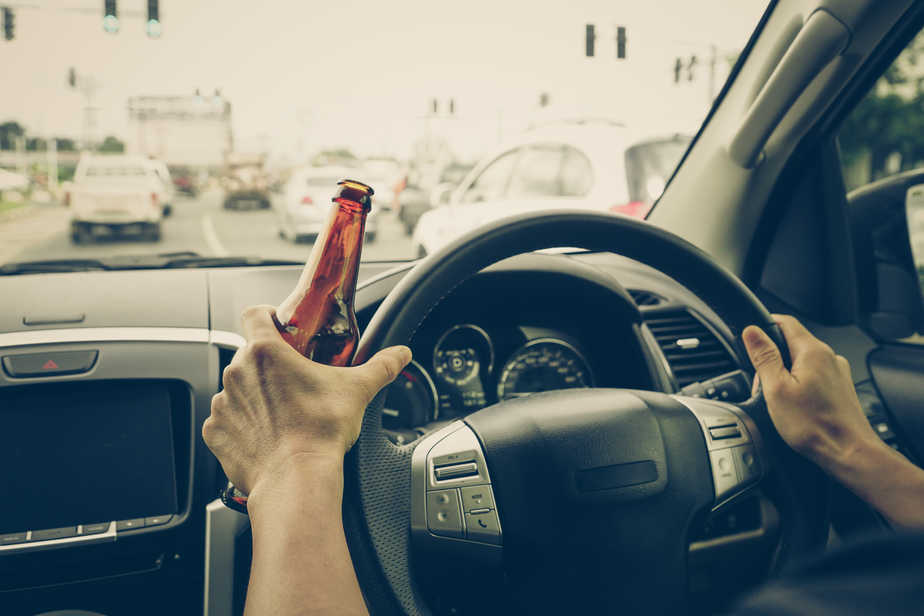 1) Pull Over In A Safe, Controlled Manner

When a police officer suspects you are driving in an impaired manner, the police report he produces will begin from the moment he decides to pull you over. Obviously, there will be some initial observations the officer makes before you are even aware that you are going to be stopped. You can’t do anything about those observations. Where you can start exercising control is over your behavior once you know you need to stop. Everything that goes into the police report can play a role if you end up on trial or at a hearing on your driver’s license status. Any dangerous behavior you display while pulling over – erratic driving, abrupt stopping, or stopping in a dangerous location – will go into the officer’s report and may cause trouble for you later.

2) Remain Seated In A Driving Posture & Do Not Move Suddenly

Whenever an officer pulls you over, his first priority is keeping himself safe. This is why he will approach your car from the rear. It gives them a clear view of you at all times. To avoid giving any hint of suspicious behavior, move slowly and calmly and do not make any movements that could cause alarm. These include crouching down, turning around to watch the police officer, or leaping from the car.

When a police officer suspects you of driving under the influence, his impression of you makes a huge impact on how the stop plays out. Hostility, rudeness, and insincerity may offend the officer and make him more likely to push for your arrest and conviction. This can be done in many ways; how he chooses to write up his report can be highly incriminating or more forgiving. Be friendly, respectful, and compliant with all the officer’s requests (with the exceptions discussed below). A very important point to remember: If an officer asks you to step out of your vehicle, you may risk being charged with resisting arrest if you refuse.

4) Without Lying, Do Your Best To Refuse To Answer Potentially Incriminating Questions

Police officers are trained to exploit the anxiety you naturally feel when you are pulled over. Anxious, guilty suspects can often be led into incriminating themselves. This is even more likely when a suspect attempts to lie. Legally speaking, the only information you must provide to a police officer is your name, driver’s license, insurance information, and registration. If the officer who stops you asks about drinking and you do not feel you can answer his questions honestly without incriminating yourself, you can simply say, “I have been advised not to answer any questions.” A refusal like this will lead to a more adversarial relationship, increased pressure, and the possibility of an arrest and an automatic license suspension. As ominous as these consequences sound, they may still be more favorable than incriminating yourself or lying.

Be as truthful as possible when answering any questions you choose to respond to. If you go to court and evidence can be produced proving that you lied to a police officer, the results will be considerably worse than if you refused to answer questions.

An officer who stops you is unlikely to explain field sobriety tests in an honest, favorable way. While refusing such a test may result in an automatic license suspension, you are not under any legal obligation to comply with the test. The field sobriety test can be very dangerous because it gives the police officer who stopped you the opportunity to log highly subjective observations in his report. The worst case scenario here is going to trial and hearing the officer give scrupulously detailed, damning testimony about your drunkenness. Even if you were legally impaired, it is better to deal with more objective data from more scientific tests.

6) Refuse To Blow In A Roadside Breathalyzer

Even when they are functioning properly – and they often aren’t – hand-held breathalyzers can deliver inaccurate results. This is another case where refusing a test will likely lead to immediate consequences, but what you must bear in mind is that those consequences are less serious than a DWI conviction and jail time. You have the right to refuse a roadside breathalyzer, but you can and likely will be ordered to take more sophisticated tests after being taken into police custody. Once you are in custody, do not refuse a test at the station unless you want to be charged with resisting arrest.

7) Take The Proper Test At The Police Station

The law requires you to take a chemical intoxication test once you are brought to the police station. Specific rules vary by state, but in most regions, you will be allowed to choose between a breath test or a blood test. Experienced DUI lawyers recommend choosing the breath test if possible. Breath tests are less reliable and give your defense attorney more avenues to pursue in court.

8) Take Copious Notes As Soon As You Are Released

The more information you record and pass on to your attorney, the more ammunition he will have to fight any charges brought against you. Your memory is more accurate and more complete in the immediate aftermath of a DUI stop, so you should take down notes as soon as possible. Key points to record include:

Do not hesitate to include everything you remember, even if you can’t see an immediate connection to your stop. As an example of the wide-ranging value of good notes, consider the fact that wearing restrictive clothing might have adversely affected your performance in a field sobriety test.

A DUI or DWI charge is a very serious matter. You need to shield yourself with the expertise of a defense attorney with DUI/DWI experience. While following all of the steps above will help protect your rights during and after a DUI stop, the most helpful thing you can for yourself is to get guidance from a qualified attorney who’s thoroughly familiar with DWI/DUI laws.

For more information about your case, or to speak with an experienced DUI law professional, feel free to contact us any time and schedule a meeting with a professional Houston DUI attorney. We’ll meet you personally and offer you an honest legal evaluation of your case.

Feel free to call us today if you have any further questions!